Darkroom workers make magic with the lights off. Dismiss 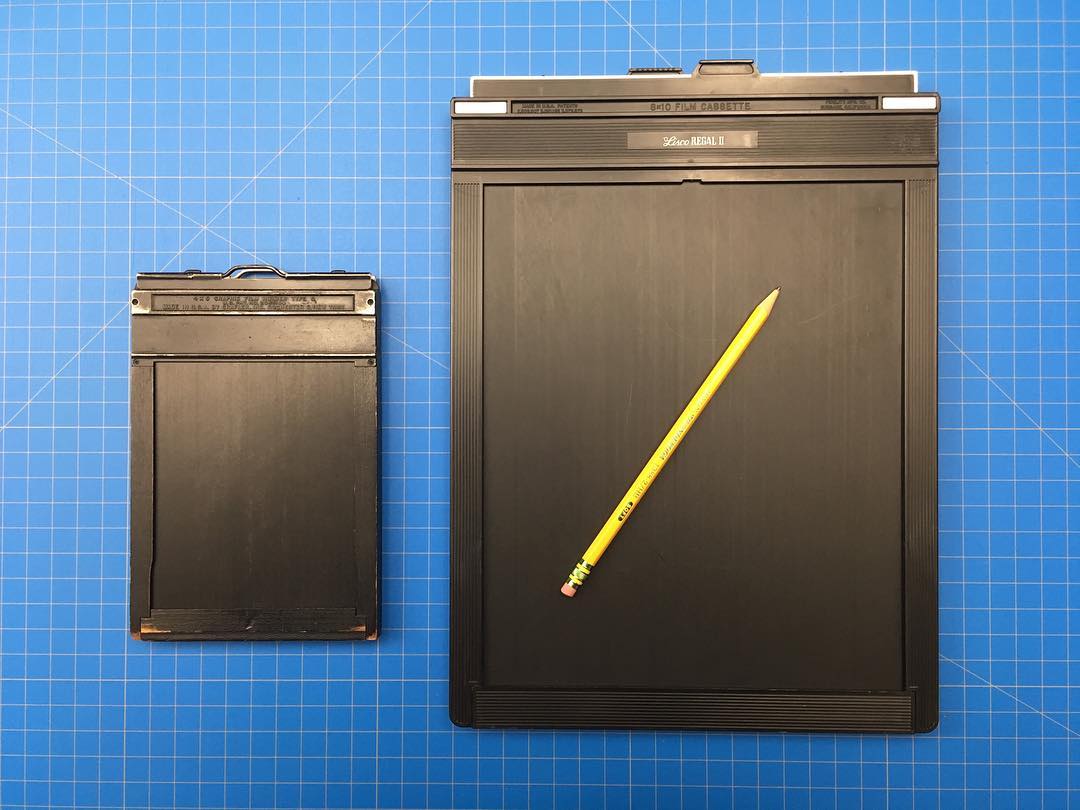 These are film holders. We large format photographers don’t get to use roll film and blast through lots of exposures before reloading. We put our film in the camera one sheet at a time using these big, beautiful tools.

On the left is a 4-by-5 holder. And on the right is an 8-by-10. Those numbers are inches, by the way. Each holder has two sides, so it can carry two sheets of film. You can tell these are unloaded because the dark slide has the dark side facing out and there’s no label that notes what type of film is loaded.

For use, you insert the film holder in the camera and remove the dark side. That handle-looking thing at the top lets you slide the entire front panel up and out of the holder. This uncovers the film so that the lens can project an image on it. After the exposure, you reinsert the dark slide, but with the black side facing out. (The other side is silver.) This indicates that that particular piece of film has been exposed.

When I unload the exposed film, I also remove the film type label so I can tell if the holder is empty or has exposed film in it that needs processing.

Simple, right? You get used to it.

Here’s what the negatives look like once they’re processed and dried. The 8-by-10 negative on the right has the same image area as an entire 36-exposure roll of 35mm film. Can you imagine all that information storage capacity dedicated to just one image? It’s glorious. That’s what makes it worth dragging around this ginormous camera.